The Holidays Out East 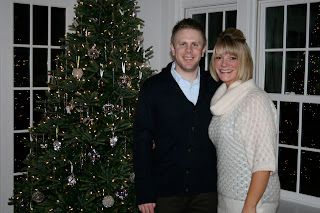 We spent Christmas and New Years with John's family out East and went allll over the place. But we had so much fun together! We started out in New York first and met John's mom, dad and brother in the city. We stayed there a couple of days and had a blast shopping, eating and seeing the Christmas sights - Rockefeller, Macy's, Times Square. Christmas in New York City is so magical :D 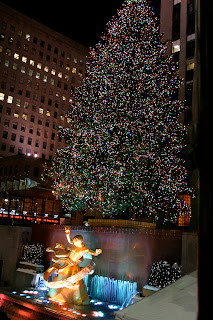 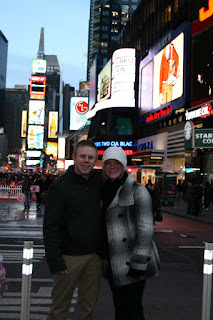 While we were in the City, of COURSE I wanted to see Tiffany & Co. Well that stop turned into a all-time favorie memory when John walked me up to the doors and said to me that he wanted to buy the "K" necklace for me for Christmas. I've wanted this necklace for years and had shown it to him once a couple of years ago. (Isn't my husband the greatest??? Sooo romantic.) So I actually got to walk out of Tiffany's with that little turquoise bag - I was NOT counting on that! 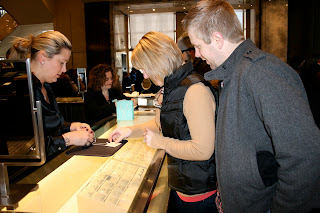 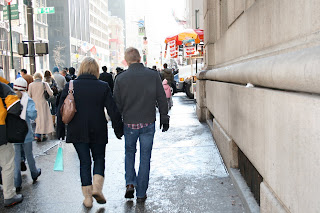 Then we were in New Jersey to celebrate John's Grandma's 80th birthday. She had a huge surprise party and loved every minute of it. Grandma Shaida is just too darn cute :) She's the young lady in the middle... 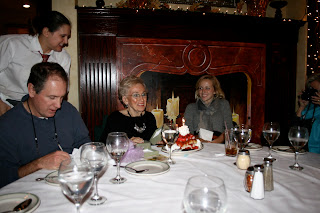 Next we headed to Connecticut for Christmas at John's Aunt Mary's house. We made - and ate - tons of great food. Then we had lots of fun just hanging out, watching movies and playing games. Oh the yelling that took place over COUNTLESS rounds of Catch Phrase!! 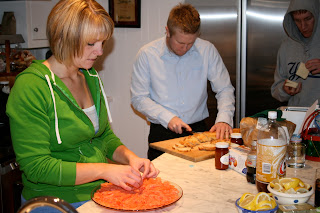 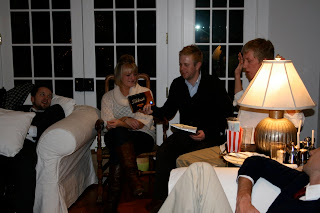 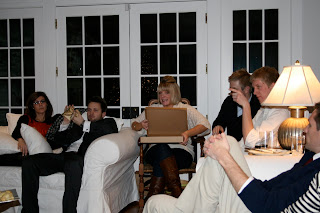 Lastly, we ended up in Vermont for New Years (told ya we went allll over) and I had my first attempt at skiing!! My choice of the word "attempt" is quite fitting, seeing as how I only got down a real (not the bunny) slope once before they closed for the day. If it weren't for Grant, I never would have gotten off that stupid bunny slope. On New Year's Eve we "partied all night" at a ski lodge there that had a casino, dancing and even fireworks at midnight! 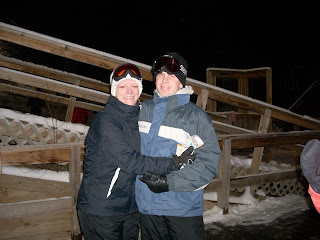 We came home with a lot of fun memories together. Hope you and yours had a wonderful holiday season too!!
Posted by Anonymous at 1:38 PM 1 comment: